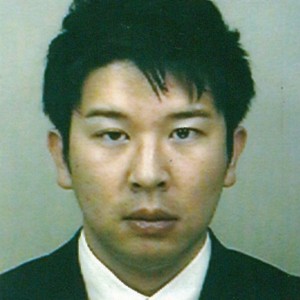 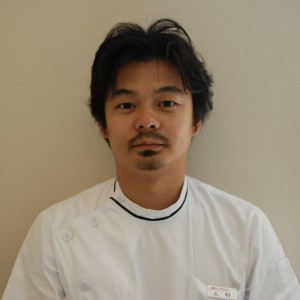 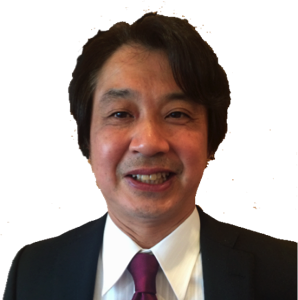 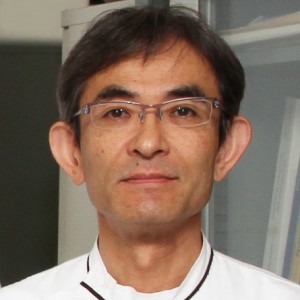 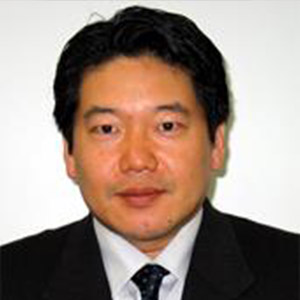 Compared with hydroxyapatite, alpha-tricalcium phosphate (α-TCP) is more biodegradable and shows better integration during physiological bone remodeling.The objective of this study was to evaluate the effects of porous α-TCP as a tissue-engineered scaffold for maxillary sinus augmentation in a canine model.

Implant placement in highly atrophic maxillae has been a major challenge in implant dentistry. Sinus floor elevation is a preferred option in such situations.

Marukawa et al. demonstrated the usefulness of self-setting α-TCP (BIOPEX-R) in maintaining the rigidity of implanted bone screws using maxillary sinus augmentation in rabbits.15Marukawa K, Ueki K, Okabe K, Nakagawa K, Yamamoto E. Use of self-setting α-tricalcium phosphate for maxillary sinus augmentation in rabbit.
→ Clin Oral Implants Res. 2011 Jun;22(6):606–12. However, a drawback of self-setting bone cement is its weak mechanical property. In a previous study, we fabricated porous α-TCP composites with a continuous small-and-large-pore structure and demonstrated that the composite created using porous α-TCP particles and collagen or collagen model peptide had enough adaptability for treating skull bone defects in miniature pigs.16Sakai K, Hashimoto Y, Baba S, Nishiura A, Matsumoto N. Effects on bone regeneration when collagen model polypeptides are combined with various sizes of alpha-tricalcium phosphate particles.
→ Dent Mater J. 2011 Nov;30(6):913–22. However, the effectiveness of porous α-TCP particles as a grafting material in sinus lift procedures has not yet been investigated. The objective of this study was to evaluate the effects of porous α-TCP as a tissue-engineered scaffold using a canine frontal sinus model.

Porous ʸ-TCP particles with an average diameter of 580.8 μm and porosity of about 80% were obtained from Taihei Chemical Industrial (Osaka, Japan) and sterilized by dry heating before the experiment. A field-emission scanning electron microscope (S-4100, Hitachi High-Technologies Corporation, Tokyo, Japan) was used to analyze particle size, pore distribution and outer surface conditions. Before observation, samples were coated with platinum–palladium using the E-1030 (Hitachi High-Technologies Corporation). ʸ-TCP particles were characterized using a powder X-ray diffraction system (XRD; XRD- 6100, Shimadzu, Kyoto, Japan). XRD patterns were obtained with the following parameters: 40 kV, 30 mA, scan rate of 2°/min and step size of 0.05° within a range of 10–60°. Crystal phase was characterized using data from the International Centre for Diffraction Data (HA: 9-0432; ʸ-TCP: 9-0348). X-ray photoelectron spectroscopy (XPS) measurements were performed to determine the surface Ca/P atomic ratios with a PHI X-tool (Ulvac-Phi, Chigasaki, Japan) equipped with an Al–Kʸ radiation source (15 kV; 53 W; spot size of 205 μm) at a pass energy of 280.0 eV, a step size of 0.1 eV and a takeoff angle of 45° with 20 scans.

The mandibular defect model was established using six healthy beagles (2 years old; weighing approximately 10 kg) obtained from Hamaguchi Animal (Osaka, Japan). The animals were housed in a temperature-controlled environment at 24 °C with free access to food and water. The body weight and general health of the animals were monitored throughout the study.

The dogs underwent bilateral sinus floor augmentation surgeries and were randomly divided into two groups depending on the type of repair: The experimental group received a porous α-TCP and tapered titanium (Ti) implant (NovelActive, Nobel Biocare Japan, Tokyo, Japan), and the control group received the Ti implant alone. All procedures in this study were approved by the Animal Experiment Committee of Osaka Dental University and conformed to the Guiding Principles for the Use of Laboratory Animals (approval No. 14-03015). Aseptic surgery was performed under general anesthesia (0.5 mg/kg pentobarbital sodium) with physiological saline cooling and infiltration anesthesia (1.8 mL of 2% lidocaine hydrochloride and 1:80,000 epinephrine). The hair from the frontal region was removed, and the skin including the frontal sinus was incised in the shape of an arc. The skin–periosteal flap was detached, and the anterior wall of the frontal sinus was exposed. Then, an approximately 10 mm wide rectangular opening was made in the anterior wall of the left and right frontal sinuses using a twist drill (Astra Tech, Tokyo, Japan). In addition, porous α-TCP particles (2.7 cm3) were filled in this elevation space. The Ti implant was embedded at a distance of about 5 mm from the bony window. The anti-inflammatory agent carprofen (Carprodyl VR, Ceva, Libourne, France) was administered daily for seven days after the surgery.

The maxillae were harvested for examination by micro-computed tomography (micro-CT; SMX- 130CT, Shimadzu). Blocks of bone specimens were mounted on the turntable and scanned at 105 kV and 30 μA. TRI/3D-BON software (RATOC System Engineering, Tokyo, Japan) was used to generate a 3-D reconstruction using the volume-rendering method for morphological assessment. In the 3-D analysis, bone volume (BV in mm3) and bone mineral content (BMC in mg) were measured using the TRI/3D-BON software based on the values obtained.

After fixation with 10% phosphate-buffered formalin, the specimens with the Ti implant were dehydrated in ethanol and then embedded in acrylic resin (Technovit 7200 VLC, Heraeus Kulzer, Wehrheim, Germany). The embedded blocks were trimmed using a cutter and ground using abrasive paper. Thereafter, the sections were further ground to a final thickness of about 30 μm. Finally, the specimens were stained with the Villanueva–Goldner stain and examined under a microscope.

Figure 1 shows the electron micrographs of α-TCP particles. At low magnification, the α-TCP particles had an amorphous body with many small and large pores (Fig. 1a). At high magnification, the α-TCP particles had smooth surfaces with a pore diameter of approximately 5–10 μm. The XRD profiles of both intact particles are shown in Figure 1b. The specific peaks of α-TCP (indicated by the triangles) were detectable in the XRD patterns of both particles (Fig. 2). For XPS, quantitative data of the atom% were obtained from the peak areas derived for O1s, Ca2p, P2p and C1s, from which the Ca/P ratio was calculated and found to be 1.5 (Fig. 3). 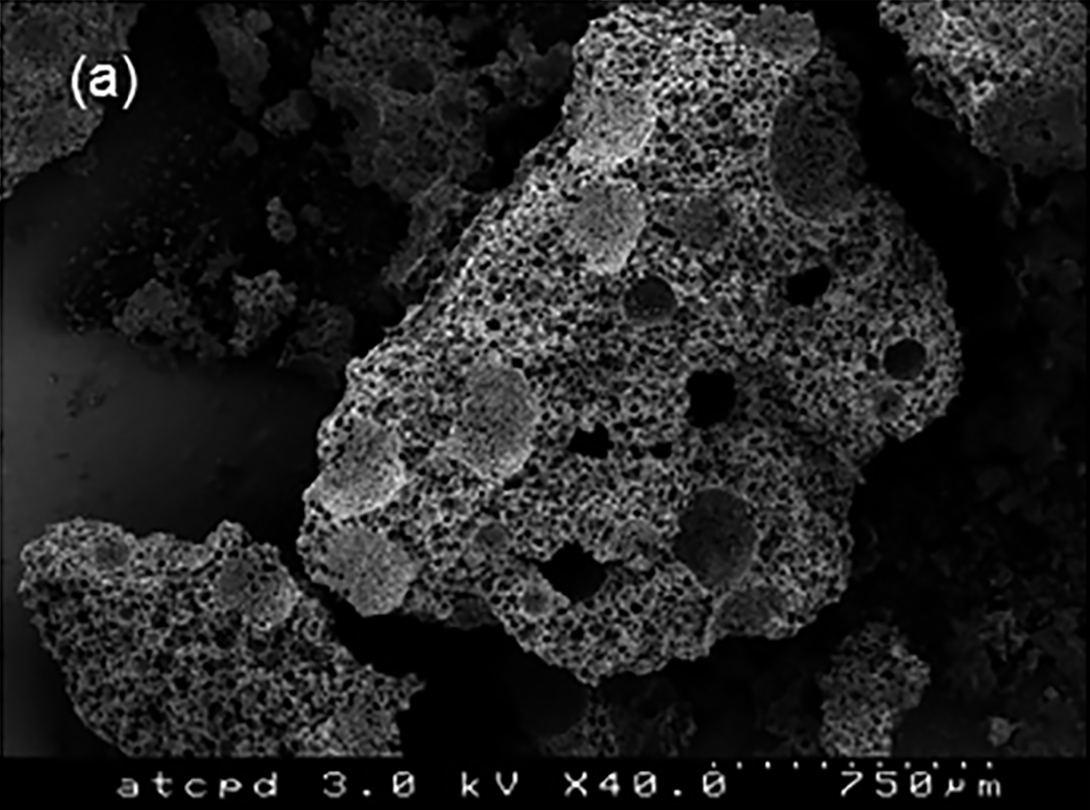 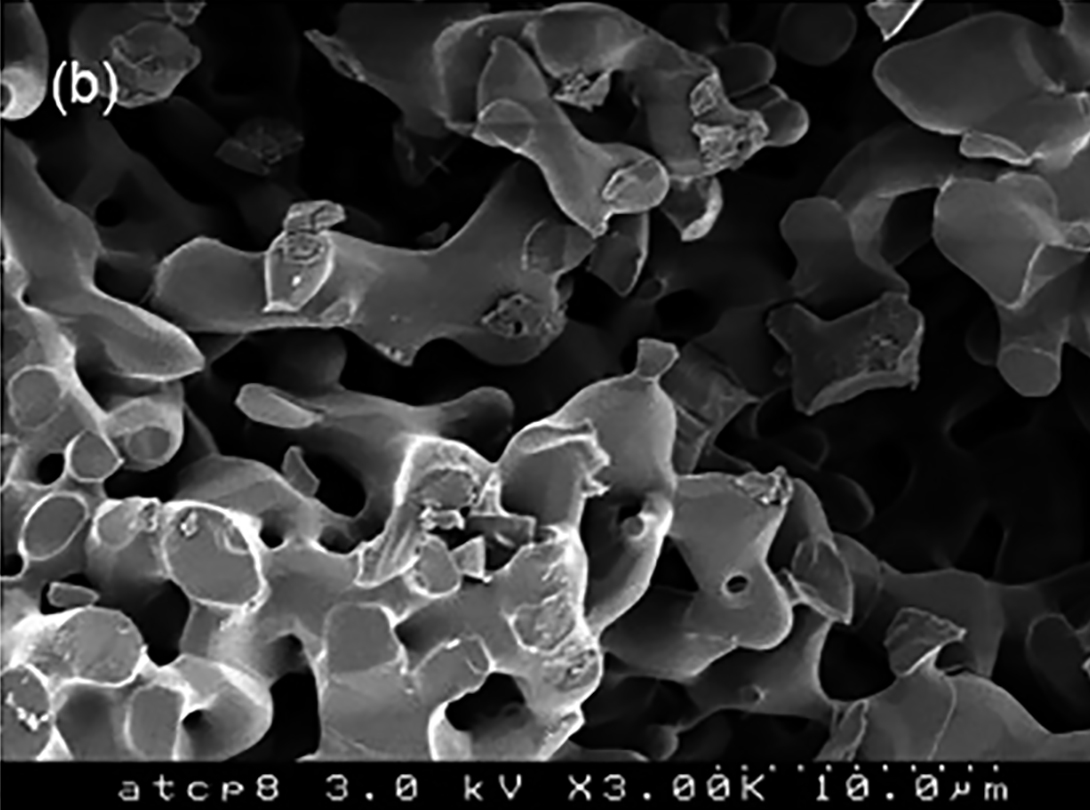 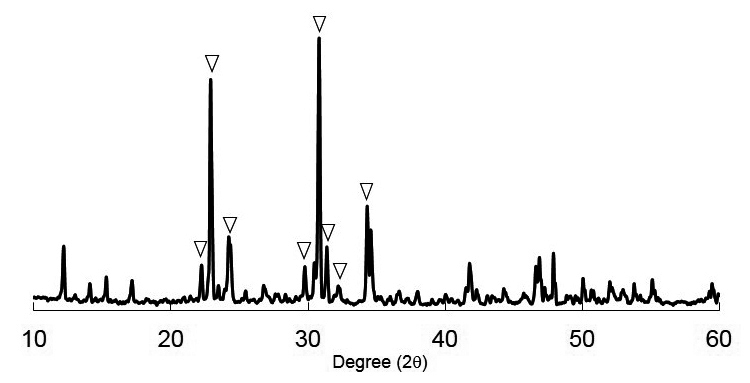 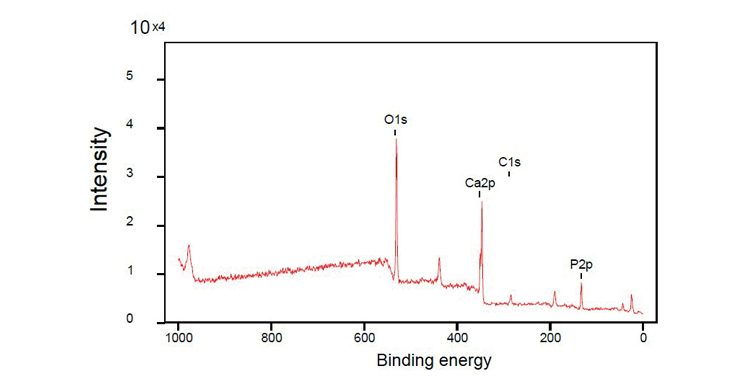 Fig. 5
The upper and lower groups show BV (mm3) and BMC (mg) of each group, reflecting the quantity of new bone at four, 12 and 24 weeks after surgery. 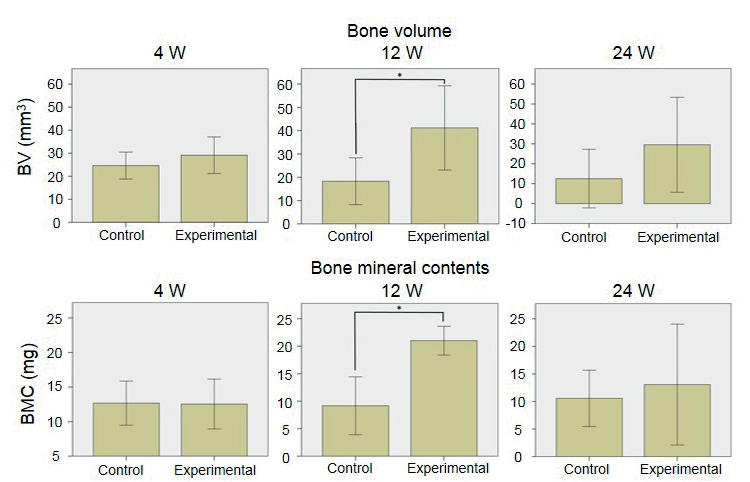 Histological assessments were also performed at four, 12 and 24 weeks (Figs. 6 & 7). Histological images showed high levels of porous α-TCP even at four weeks; however, the scaffolds had completely absorbed and new bone integrated into the Ti implants at 12 and 24 weeks. The formation of new bone in the area of the bone window reduced between 12 and 24 weeks; however, the newly formed bone had changed to mature bone (Fig. 6). Although no bone formation was observed in the control group throughout the study, some new bone formation was observed toward the edges of the bone window (Fig. 7). 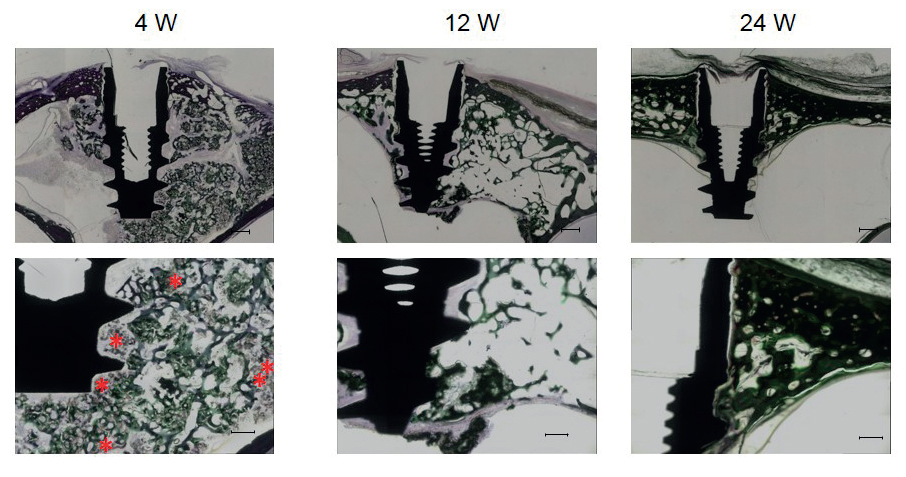 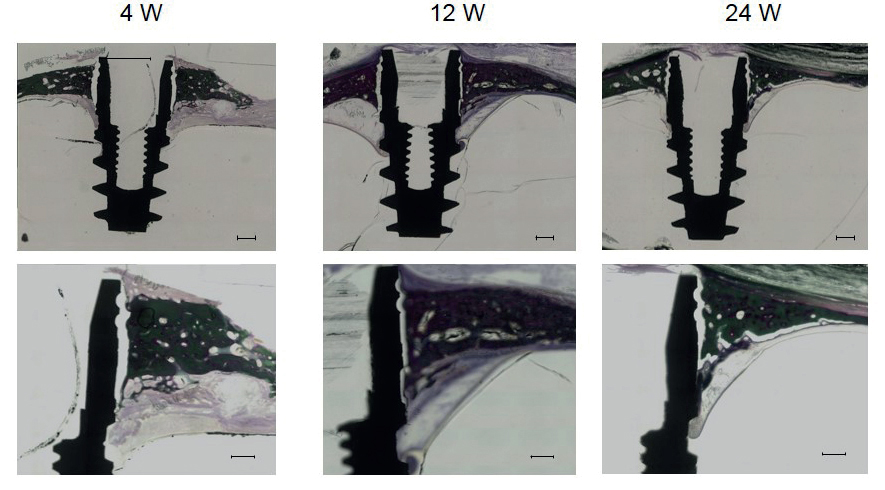 α-TCP is widely considered an option for use as a bone grafting material. However, few studies have used porous α-TCP particles for sinus lift with tissue engineering techniques. In order maximize the surface area for cell attachment and proliferation, we fabricated the scaffold into a highly porous 3-D structure through a relatively simple processing method involving a conventional sintering procedure. Previous studies have used a slurry of β-TCP and potato starch to produce α-TCP that was in a thermodynamically stable phase at temperatures above 1,100 °C.16 Uchino et al. found that HA formation is rarely observed on the surface of porous α-TCP ceramics with 80% porosity.17Uchino T, Ohtsuki C, Kamitakahara M, Tanihara M, Miyazaki T. Apatite formation behavior on tricalcium phosphate (TCP) porous body in a simulated body fluid.
→ Key Eng Mater. 2006 Jun;309–11:251–4. In this study, a comparison of the scatter plot data of the synthesized α-TCP particles with that of α-TCP data registered with the Joint Committee on Powder Diffraction Standards confirmed that these peaks appeared at the same angles. In addition, the Ca/P ratio of the product was 1.5, which fulfilled the requirements of the ASTM standards.18Carrodeguas RG, De Aza S. α-Tricalcium phosphate: synthesis, properties and biomedical applications.
→ Acta Biomater. 2011 Oct;7(10):3536–46.

In the edentulous jaw and sinus-alveolar crest, the distance between the sinus and the alveolar bone is important in terms of implant treatment. A bone height of around 20 mm is required for dental implant treatment; therefore, sinus surgery is expected to promote bone formation to a height of more than 20 mm.23Tatum OH Jr, Lebowitz MS, Tatum CA, Borgner R. Sinus augmentation. Rationale, development, long-term results.
→ N Y State Dent J. 1993 May;59(5):43–8. Since the vertical length of the human maxillary sinus is about 28 mm, the top of the implant projects from the maxillary sinus floor into the elevation space of 20 mm.24Shimizu H, Watanabe T, Sato J. [An animal experiment using dog frontal sinuses for histological consideration of the maxillary sinus augmentation surgery for implants].
→ Tsurumi Shigaku. 2003 Jan;29(1):37–56. Japanese. In this experiment, the top of the implant projected into the canine frontal sinuses. Therefore, the canine frontal sinus was considered a suitable experimental model of sinus surgery.

Sinus floor augmentation is a safe and elegant surgical procedure before implant insertion. The porous α-TCP tested is a biocompatible, osteoconductive material that promotes new bone formation when used with integrated Ti implants, as demonstrated in this study on a canine frontal sinus model. However, the effectiveness and safety of this method need to be further evaluated before it can be clinically applicable.

The authors declare no conflicts of interest.

This work was funded by the Promotion and Mutual Aid Corporation for Private Schools of Japan’s Science Research Promotion Fund (Tokyo, Japan; No. 15-09).