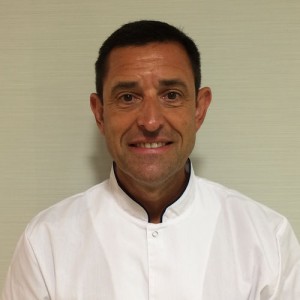 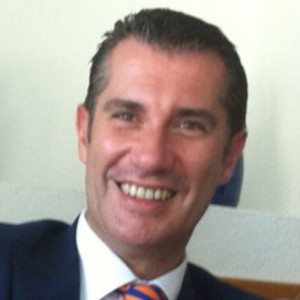 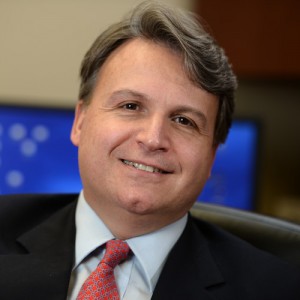 The objective of this study was to establish the primary stability of implants with two different designs placed into artificial bone (Type II and Type IV density) by clinicians with different levels of experience using the same implant bed preparation protocol.

Figs. 1a & b
Synthetic bone blocks used in the experiment.
(a) Type II dense bone.
(b) Type IV soft bone.

For this experimental controlled study, two synthetic bone blocks (Sawbones, Pacific Research Laboratories, Vashon Island, Wash., U.S.) measuring 13 cm × 18 cm × 4 cm, with two different densities (Type II and Type IV), were used (Figs. 1a & b). The Type II solid block was of 0.85 ± 0.4 g/cm3 in density and the Type IV cellular block was of 0.45 ± 0.10 g/cm3 in density. The mechanical properties of the artificial blocks used in the study are presented in Table 1.

Table 1.
Mechanical properties of the synthetic blocks used in the experiment.

Table 3.
Differences in primary stability were observed between different bone densities in terms of IT. The Tukey multiple comparison test showed differences favoring higher stability in Type II bone density compared with Type IV. Regarding implant design and level of experience, there were no differences in implant stability.

A total of 320 perforations were performed, 160 perforations on each block. The allocation of samples to groups was performed according to randomization software (Research Randomizer),10Urbaniak GC, Plous S. Research Randomizer [Internet-based computer software]. Version 4.0. [cited 2013 Dec 18]. 2013. → Available from: http://www.randomizer.org/. and after the allocation each one of the eight groups was composed of 40 samples (Fig. 2).

The blocks were fixed to a metallic platform to reduce movement during drilling, as well as to ensure the same experimental conditions for both operators. The drilling protocol used was recommended by the manufacturer and was performed by a calibrated operator. Instructions were provided to both clinicians regarding the manner in which they were to prepare the implant bed. During drilling, an in-and-out motion and drilling in the bone for 1–2 s without stopping the handpiece motor were performed until the drill reached the depth reference line (11.5 mm). The drilling parameters were the same for both operators: drilling speed of 800 rpm with no irrigation, and the drills were replaced after ten uses as recommended by the manufacturer. 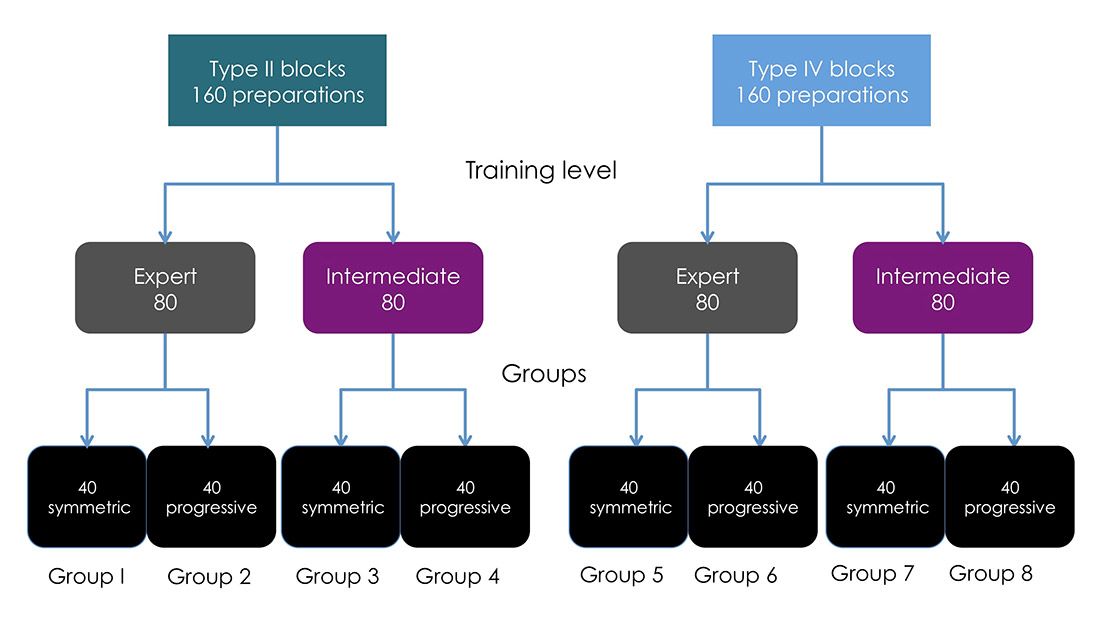 The evaluation of primary stability was performed according to the insertion torque (IT) and the implant stability quotient (ISQ) as follows: 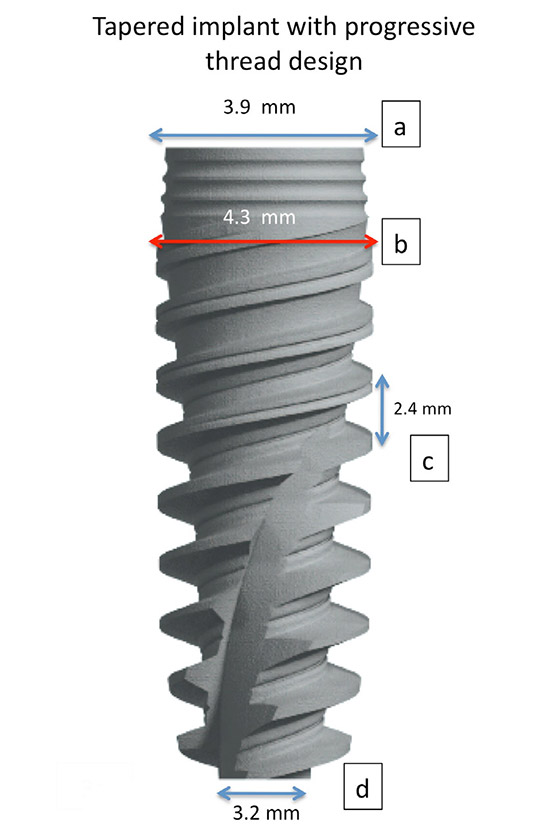 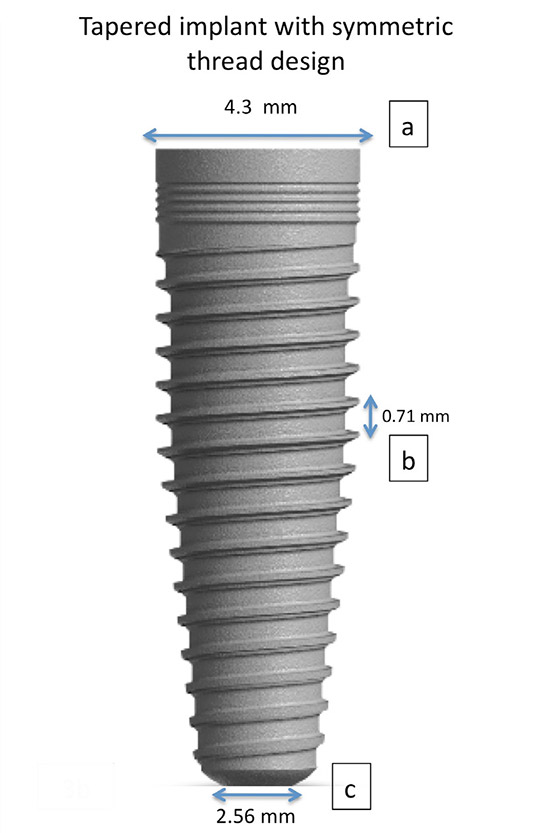 The statistical analyses were performed with SPSS software (Version 13.0; SPSS, Chicago, Ill., U.S.). For the evaluation of the normality distributions of each group, the Shapiro–Wilk test was used. A two-way ANOVA was used to evaluate differences within groups and the impact of the operator on the stability parameters. Multiple comparisons were performed using the Tukey test. Significance was set at p < 0.05. Data were expressed as mean value ± S.D. and ranges were calculated for each group.

All of the implants were mechanically stable, but implant stability differed between groups. Regarding bone density, the results showed higher stability (p < 0.05) evaluated by ISQ in dense bone (Groups 1, 2, 3 and 4) compared with soft bone (Groups 5, 6, 7 and 8). Regarding the effects of the implant design, the results showed that the tapered implants with a progressive thread design had increased primary stability in soft bone compared with the tapered implants with a symmetric thread design for different evaluation groups (Groups 5, 6, 7 and 8; p < 0.05). However, within the dense bone groups, no significant differences in terms of stability were found for the two implant thread designs (Groups 1, 2, 3 and 4; p > 0.05). The evaluation by IT values did not show differences in stability in soft bone (p > 0.05; Tables 2 & 3).

Regarding the effects of the operator’s level of experience on the implant stability, no statistically significant differences were observed between the implant groups in IT or ISQ values (p > 0.05; Tables 2 & 3).

However, there is a lack of research in the literature regarding the effect of level of experience on primary stability; therefore, the present in vitro study compared the primary stability of implant designs with symmetric or progressive threads in soft and hard bone placed by clinicians with different levels of surgical experience. 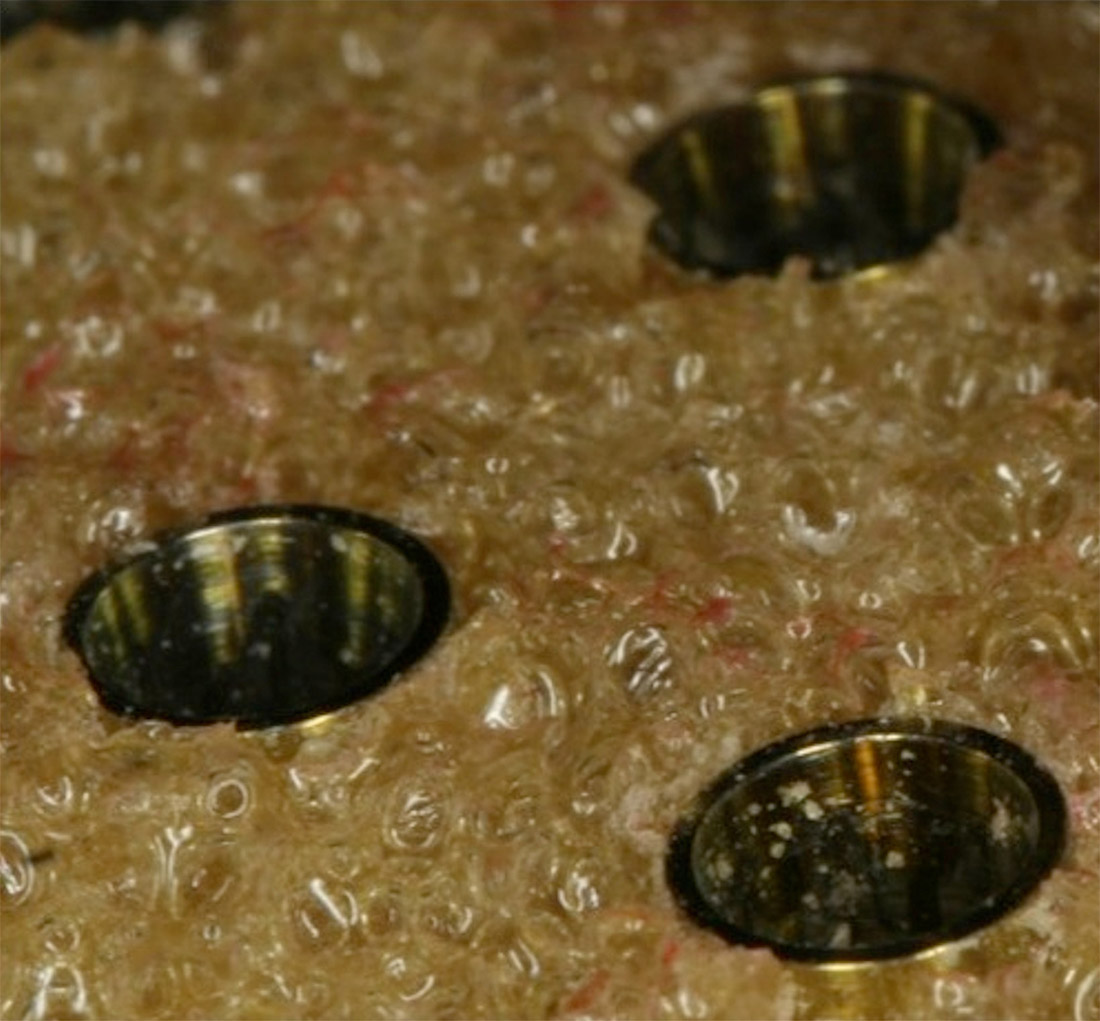 Fig. 4
Implant insertion level for the evaluation of the IT and the ISQ values. The implants were placed with the most coronal portion of the platform flush with the block surface.

There is great variability in the definition of level of experience used in previous studies. Lambert et al. regarded an experienced clinician as one who had placed more than 50 implants and an inexperienced one as having placed fewer than 50 implants.17Lambert P, Morris H, Ochi S. Positive effect of surgical experience with implants on second-stage implant survival. → J Oral Maxillofac Surg. 1997 Dec;55(12):12–8. Preiskel and Tsolka considered experienced clinicians those periodontists and oral and maxillofacial surgeons with more than two years of experience with dental implants and they considered as inexperienced those oral and maxillofacial surgeons just beginning their involvement in dental implants.18Preiskel HW, Tsolka P. Treatment outcomes in implant therapy: the influence of surgical and prosthodontic experience. → Int J Prosthodont. 1995 May-Jun;8(3):273–9. Hinckfuss et al. classified level of experience as novice (dental students with no clinical surgical implant experience who had completed an instructional laboratory course in placing implants in typodonts), intermediate (graduate periodontology residents who had placed between 20 and 80 implants clinically) and experienced (periodontists who had placed over 300 implants clinically).19Hinckfuss S, Conrad HJ, Lin L, Lunos S, Seong W. Effect of surgical guide design and surgeon’s experience on the accuracy of implant placement. → J Oral Implantol. 2012 Aug;38(4):311–23.

The present experimental study assigned to the surgeons two levels of experience: expert (25 years’ experience in implant dentistry and more than 10,000 implants placed) and intermediate (15 years’ experience in implant dentistry and fewer than 5,000 implants placed). Compared with other studies, this is one of the strictest measurements of clinician experience. The rationale is based on a study in psychology that demonstrated that level of experience is determined, among others, by learning (skills acquired through repetition) and performance (quality of the procedures that is dependent on the performer);20Ritter FE, Schooler LJ. The learning curve. → In: Smelser NJ, Baltes PB, editors. International encyclopedia of the social and behavioral sciences. Amsterdam: Pergamon Press; 2001. p. 8602–5. therefore, it can be asserted that the number of years of experience and the number of procedures performed used in the present experiment are reasonable.

The results of the present work showed that the effects of the thread design were beneficial for primary stability, especially in the soft bone, as measured by ISQ value and that there was no significance in the final implant stability regarding the two clinicians’ levels of experience for both bone qualities (soft and hard bone) and the two implant designs.

The IT values were not conclusive for differences between implant design and primary stability. Apparently, the sensitivity of the ISQ meter is able to detect very small differences,21Turkyilmaz I, Company AM. Sensitivity of resonance frequency analysis method to assess implant stability. → N Y State Dent J. 2011 Aug-Sep;77(5):44–9. while IT underestimates the stability values. The motor used for the evaluation of IT in this experimental study operates in increments of 5 N cm; therefore, values below 5 N cm can be underestimated.

However, the implants used had a tapered shape and this may be the main reason that the stability of the implants was similar (p > 0.05). Previous studies have shown that implants with symmetric threads and a cylindrical or tapered implant body shape have different primary stability when they are placed in soft bone (parallel-walled implants have lower stability) and the clinician’s level of experience appears to be important.22Romanos GE, Ciornei G, Jucan A, Malmstrom H, Gupta B. In vitro assessment of primary stability of Straumann implant designs. → Clin Implant Dent Relat Res. 2014 Feb;16(1):89–95.’ 23Romanos GE, Basha-Hijazi A, Gupta B, Ren YF, Malmstrom H. Role of clinician’s experience and implant design on implant stability. An ex vivo study in artificial soft bones. → Clin Implant Dent Relat Res. 2014 Apr;16(2):166–71. The data in this study confirm that the tapered implant design used (Replace Select Tapered and NobelActive) may achieve excellent stability for clinicians with different levels of experience in an experimental set.

A recent study comparing the survival rates of dental implants placed in a residency program under direct supervision for the treatment of patients with overdentures has shown a high survival rate of 97.7% within a period of two years.24Malmstrom H, Xiao J, Romanos GE, Ren YF. Training needs for general dentistry residents to place and restore two-im- plant-retained mandibular overdentures. → J Dent Educ. 2015 Jan;79(1):72–80. The researchers concluded that novice general dentistry residents can successfully place mandibular implants and restore them with overdentures under direct supervision, resulting in subsequent enhancement of the patients’ satisfaction with their mandibular dentures.

There is no doubt that primary stability of dental implants is of significant importance for achieving long-term success, especially when implants are loaded immediately after placement.27Javed F, Romanos GE. The role of primary stability for successful immediate loading of dental implants. A literature review. → J Dent. 2010 Aug;38(8):612–20. The mechanical stability of the implant is very important, particularly in soft bone, and the thread design may provide better mechanical anchorage in the surrounding bone. A previous study evaluating implant stability based on the thread pitch width showed that implants with a narrow thread pitch had a higher stability owing to the greater surface area, compared with implants with a wider thread pitch when they were placed in cancellous bone.28Orsini E, Giavaresi G, Trirè A, Ottani V, Salgarello S. Dental implant thread pitch and its influence on the osseointegration process: an in vivo comparison study. → Int J Oral Maxillofac Implants. 2012 Mar-Apr;27(2):383–92.

Within the limitations of this in vitro study, the following conclusions can be drawn:

The authors declare that they have no competing interests related to this study. No financial support was received for this study.