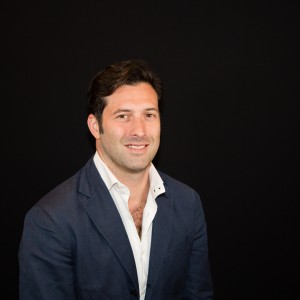 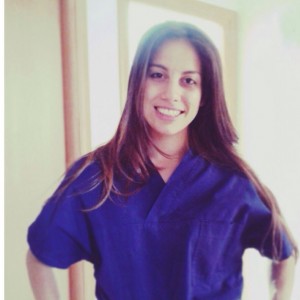 Suture threads used after oral surgery may be colonized by pathogenic microorganisms which could infect the surrounding tissue and impair the wound-healing process. Therefore, the postoperative use of antimicrobial mouthwashes is highly recommended. In this study, a mouthwash containing zinc-substituted nanohydroxyapatite (Zn-nHAp) and zinc L-pyrrolidone carboxylate (Zn-PCA) was compared with a product containing chlorhexidine for its efficacy in reducing microbial adherence to suture threads.

Twenty-six patients subjected to minimal surgical interventions were randomized into a chlorhexidine group (C-group; n = 13) and a hydroxyapatite group (H-group; n = 13). All of the subjects followed a postoperative home treatment with a mouthwash containing chlorhexidine and a mouthwash containing Zn-nHAp/Zn-PCA, respectively. After their removal, suture threads were cut into segments and bacteria present on them were allowed to grow in different media and under different conditions. Colony-forming units were then enumerated.

Quantification of mesophilic bacteria, Lactobacillus spp and total bacterial load and the search for specific anaerobic strains resulted in no statistically significant differences between the C-group and H-group. Hydroxyapatite, zinc ions and Zn-PCA are all endowed with antimicrobial properties. All of them presumably contribute to the overall high antimicrobial efficacy shown by oral care products containing a combination of these components.

Many different kinds of surgical sutures (natural and synthetic) with different properties have been proposed over the years to overcome plaque stratification over threads. It is already known that bacterial adherence to suture threads may delay and affect the wound-healing process. For this purpose, several antimicrobial agents have been tested to be incorporated in or to coat suture threads.5Harnet JC, Le Guen E, Ball V, Tenenbaum H, Ogier J, Haikel Y, Vodouhe C. Antibacterial protection of suture material by chlorhexidine-functionalized polyelectrolyte multilayer films.
→ J Mater Sci Mater Med. 2009 Jan;20(1):185–93. Mouthwashes are highly recommended for home care maintenance as an adjunctive measure to reduce bacterial colonization of sutures and postoperative inflammation.6Brown AR, Papasian CJ, Shultz P, Theisen FC, Shultz RE. Bacteremia and intraoral suture removal: can an antimicrobial rinse help?
→ J Am Dent Assoc. 1998 Oct;129(10):1455–61. Nowadays, chlorhexidine is the gold standard in terms of antimicrobial activity because of its wide spectrum of actions. Chlorhexidine has been commercially proposed in many different formulas.7Jones CG. Chlorhexidine: is it still the gold standard?
→ Periodontol 2000. 1997 Oct;15:55–62. Even though its several advantages have been profusely demonstrated, some adverse effects, such as tooth staining,8Addy M, Sharif N, Moran J. A nonstaining chlorhexidine mouthwash? Probably not: a study in vitro.
→ Int J Dent Hyg. 2005 May;3(2):59–63.9Bagis B, Baltacioglu E, Özcan M, Ustaomer S. Evaluation of chlorhexidine gluconate mouthrinse-induced staining using a digital colorimeter: an in vivo study.
→ Quintessence Int. 2011 Mar;42(3):213–23. tongue discoloration, and desquamation and soreness of the oral mucosa, should be considered.10Banche G, Roana J, Mandras N, Amasio M, Gallesio C, Allizond V, Angeretti A, Tullio V, Cuffini AM. Microbial adherence on various intraoral suture materials in patients undergoing dental surgery.
→ J Oral Maxillofac Surg. 2007 Aug;65(8):1503–7.11Helms JA, Della-Fera MA, Mott AE, Frank ME. Effects of chlorhexidine on human taste perception.
→ Arch Oral Biol. 1995 Oct;40(10):913–20.12Frank ME, Gent JF, Hettinger TP. Effects of chlorhexidine on human taste perception.
→ Physiol Behav. 2001 Sep 1–15;74(1–2):85–99.13. Marinone MG, Savoldi E. Chlorhexidine and taste. Influence of mouthwashes concentration and of rinsing time.
→ Minerva Stomatol. 2000 May;49(5):221–6. Because of its nature, clinicians must look at chlorhexidine as an antimicrobial agent to which bacteria could develop resistance, especially in the case of long-term use.14Russell AD. Biocide use and antibiotic resistance: the relevance of laboratory findings to clinical and environmental situations.
→ Lancet Infect Dis. 2003 Dec;3(12):794–803. Given those issues, researchers have been seeking alternatives to chlorhexidine in terms of antiseptic designs. In the present study, the authors tested a mouthwash containing zinc-substituted nanohydroxyapatite (Zn-nHAp) and zinc L-pyrrolidone carboxylate (Zn-PCA) in terms of microbial adherence to suture threads compared with a mouthwash containing chlorhexidine.

The present clinical case–control study was a multicenter study including the Tuscan Stomatologic Institute, Versilia General Hospital, Lido di Camaiore, Italy, and the University of Bologna, Bologna, Italy. All of the participants were screened according to the following inclusion and exclusion criteria.

All sutures were placed and removed by the same skilled operator to eliminate interexaminer variability. The collected samples were immediately transported to the laboratory and stored at -20 °C until microbiological analysis. All subject randomization was performed by means of a computer program generating random numbers. Oral and written information was given to each enrolled subject. All of the patients enrolled were informed about the study protocol and were asked to sign an informed written consent for participation. This study was carried out according to the ethical principles of the Declaration of Helsinki of 1975, as revised in 2013, for medical research involving human subjects. Figure 1 provides a flowchart summarizing the study protocol. 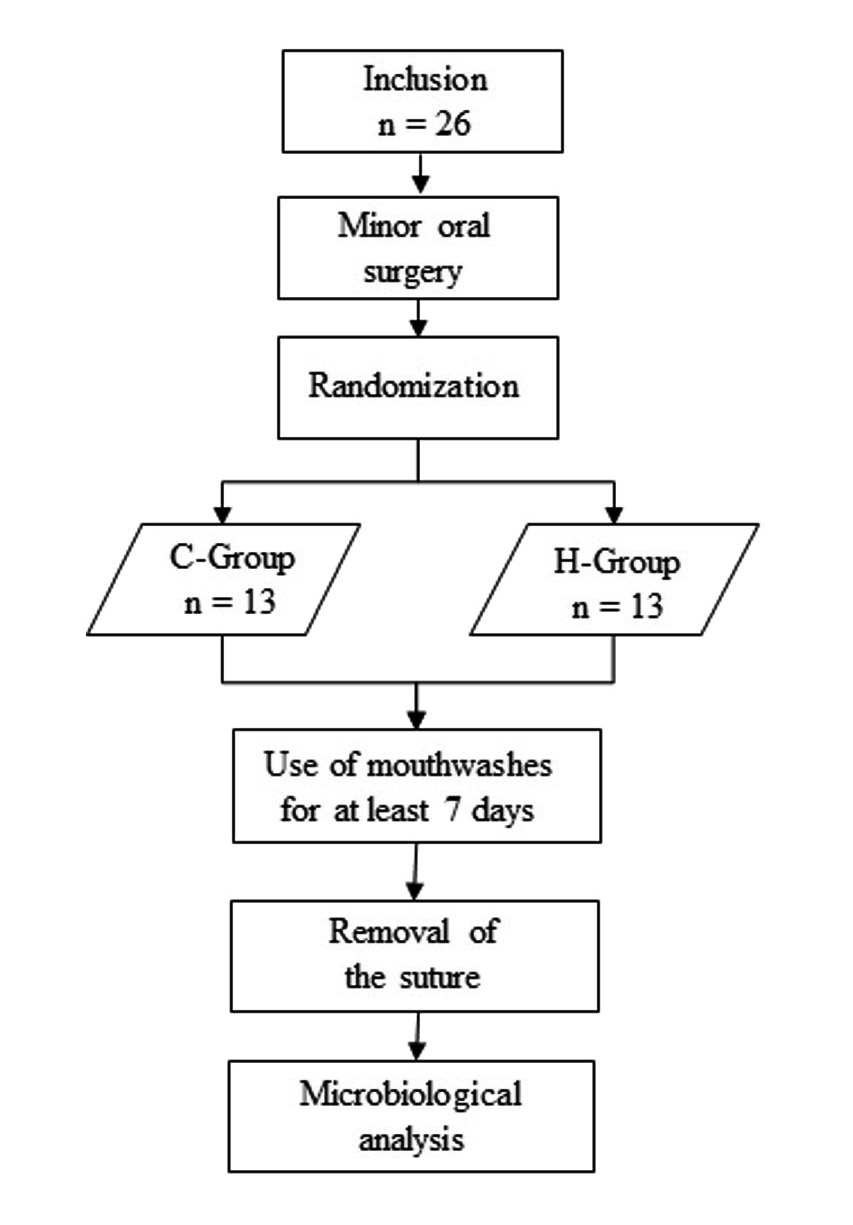 Bacteria were cultured in Petri dishes containing tryptone soy agar (TSA) as growth medium at an incubation temperature of 36 ± 1 °C. In this way, it was possible to obtain the growth of mesophilic bacteria. De Man, Rogosa and Sharpe (MRS) agar at 36 ± 1 °C allowed the growth of Lactobacillus spp. Bacteroides bile esculin (BBE) agar and brucella blood agar (BRU) with vitamin K and hemin, incubated at 36 ± 1 °C under anaerobic conditions allowed the qualitative analysis of specific anaerobic strains.

Assessment of the absence/presence of bacterial load: Two segments of the thread were scraped on 2 culture plates containing agarbased broth media (TSA and MRS) and incubated for 48 h at 36 ± 1 °C in order to determine whether microbial load was present on the thread surface. The plates were visually inspected and bacterial load accordingly classified as absent or present.

Enumeration of bacterial colonies: One segment was placed in a tube containing a diluent solution (buffered peptone water; BPW) for 1 h, then, further serial decimal dilutions were carried out.

Search for specific anaerobic bacteria : Each sample was seeded on 2 different plates (BBE and brucella blood agar) to determine the eventual presence of anaerobic microbial strains. Seeded plates were placed in the oxygen-free vessels and incubated at 36 ± 1 °C for 7 days. After this period, the plates were analyzed to evaluate the presence of bacterial colonies. In positive cases, individual colonies were reseeded to achieve a pure bacterial culture suitable for biochemical recognition. For evaluation of the growth of specific anaerobic bacteria, the classes of “growth” and “no growth” were established, depending on whether bacterial growth was observed.

Data were expressed as mean ± standard deviation (SD) of BS values, where available. The Mann–Whitney U test for independent samples was used to evaluate the difference between the C-group and H-group. In the case of categorical data, that is growth/no growth classes and absence/presence classes, data were organized in contingency tables and analyzed by the Fisher exact test. A value of P ≤ 0.05 was taken as statistically significant. Statistical analysis was performed using OpenStat version 26.03.2012 (www.statprograms4u.com).

Table 3
† The total number of suture threads in the H-group was 12 instead of 13 because 1 thread was too short to be cut into segments for scraping on TSA plates.

Table 4
† The total number of suture threads in the H-group was 12 instead of 13 because 1 thread was too short to be cut into segments for scraping on MRS plates.
Table 1
Mean ± SD values for BSs calculated from the cfus developed under different conditions. From left to right, the columns report data concerning the quantification of total bacterial load and Lactobacillus spp., respectively, after seeding the BPW solutions that had been in contact with suture thread segments. Growth media were TSA and MRS agar, respectively.

Oral care products based on the association of Zn-nHAp and Zn-PCA could create a combination of 3 active ingredients that are very well tolerated and maintain the same efficacy of chlorhexidine against bacteria. Indeed, the present study demonstrated that mouthwashes containing Zn-nHAp and Zn-PCA represent a valid alternative to mouthwashes containing chlorhexidine. They do not exert the typical side effects of chlorhexidine, such as alteration of taste perception, tooth staining, tongue discoloration, and desquamation and soreness of the oral mucosa, while maintaining at least its same antibacterial efficacy.21Flötra L, Gjermo P, Rölla G, Waerhaug J. Side effects of chlorhexidine mouth washes.
→ Scand J Dent Res. 1971;79(2):119–25. Also, Marchetti et al., in a clinical comparative trial, found a similar effect of inhibiting plaque regrowth between zinc and chlorhexidine mouthwashes.22Marchetti E, Casalena F, Capestro A, Tecco S, Mattei A, Marzo G. Efficacy of two mouthwashes on 3-day supragingival plaque regrowth: a randomized crossover clinical trial.
→ Int J Dent Hyg. 2017 Feb;15(1):73–80. Further studies are needed to better understand whether this new antimicrobial mouthwash could substitute chlorhexidine as the gold standard in promoting wound healing after surgery owing to its antimicrobial effect and no side effects.

Within the limitations of this study, the mouthwash containing Zn-nHAp and Zn-PCA was found to have similar antibacterial efficacy to the mouthwash containing chlorhexidine, but without exerting the typical side effects of chlorhexidine itself. These results should be interpreted with caution owing to the small sample of the study and the few kinds of bacteria analyzed. 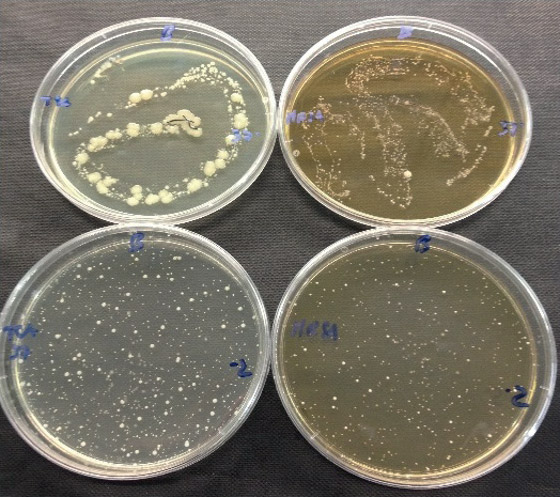 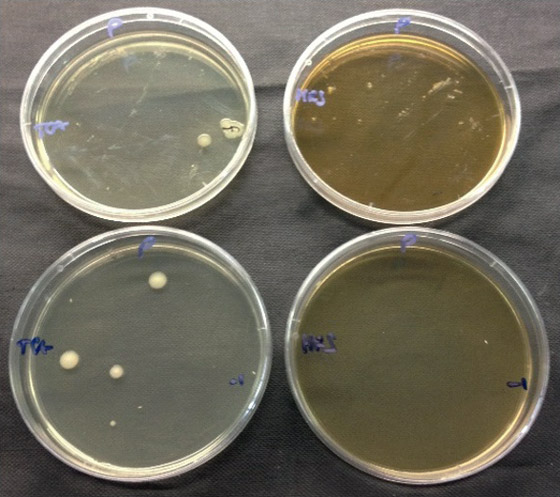 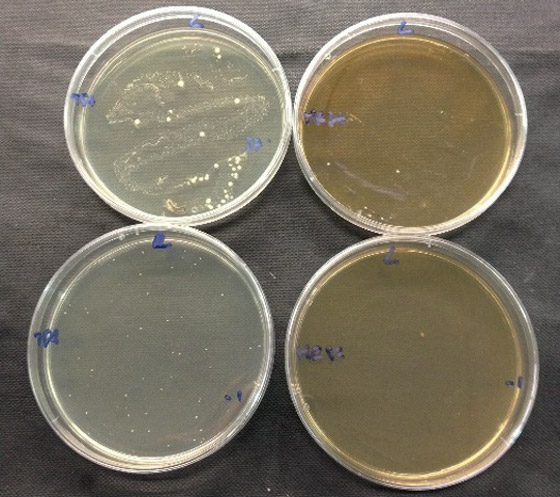 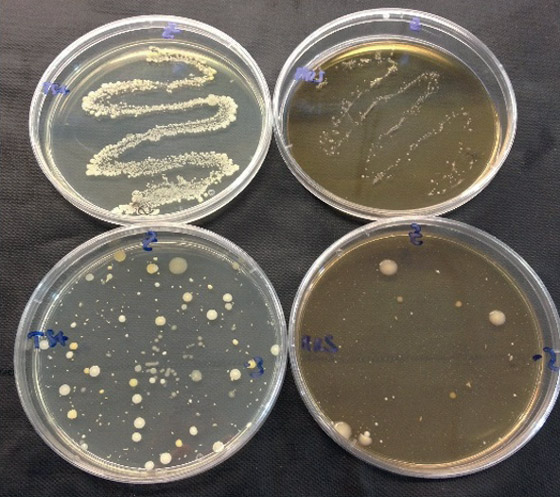 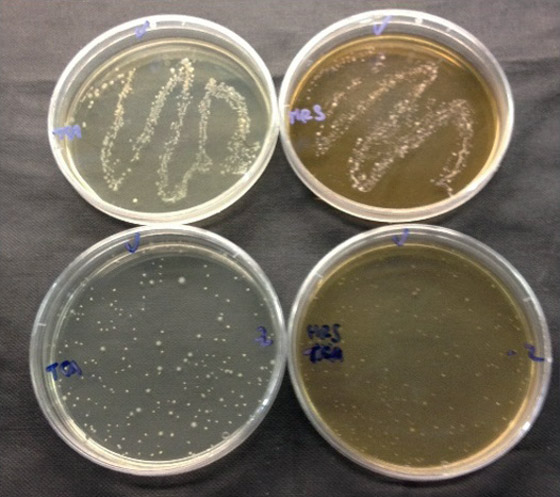 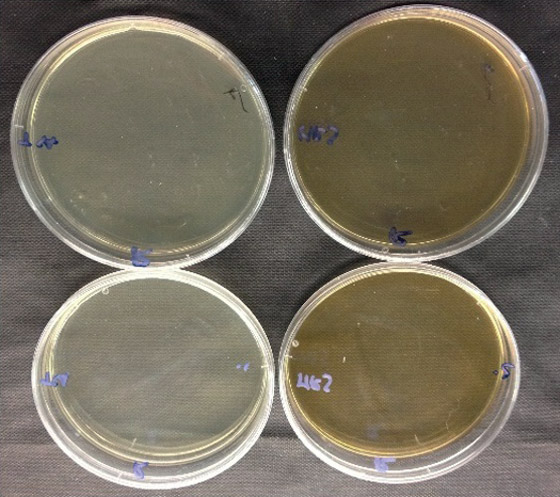 The authors declare that they have no conflict of interest regarding the present research.

The authors are grateful to the Chemical Center, Bologna, Italy, for technical support and to Drs. Alice Borghini and Daniele Pietra for statistical analysis and manuscript drafting.

For their important contribution to this investigation, the authors are also very grateful to

This study was conducted because among the actual problems reported by patients after surgical procedures are that food is retained around the suture threads and it is difficult to clean this area. In fact, this site is often full of plaque and may be infected because of the large number of bacteria around the suture.

Other authors could cite our paper because it reports on the common problem of infections and plaque formation on suture threads after surgical procedures and moreover because of the effect of the mouthwash used that contains zinc-substituted nanohydroxyapatite and zinc L-pyrrolidone carboxylate. These molecules seem to have a good impact in clinical practice, but further clinical studies are required.

This study could have an important role in dentistry in terms of preventing infections of suture threads.

The results of our study should be interpreted with caution owing to the small sample of the study and the few types of bacteria analyzed.

We suggest further investigation with a larger sample and more types of bacteria analyzed and for a longer period of follow-up.