Influence of abutment material and detersion protocol on bacterial adhesion: An in vitro study 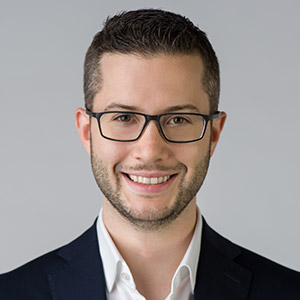 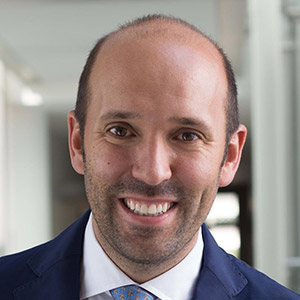 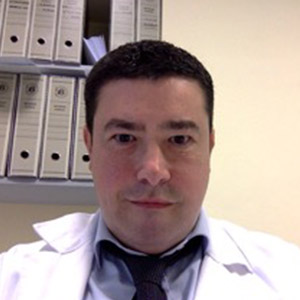 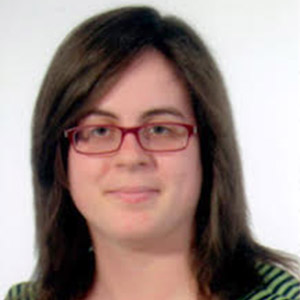 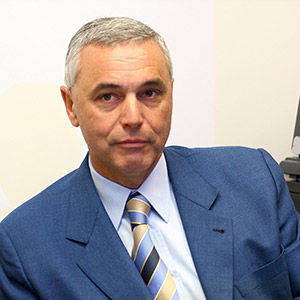 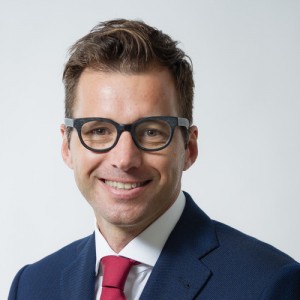 In recent years, periimplantitis has been extensively studied as bone loss has been observed around dental implants. As a result of multiple factors, different materials might enhance different patterns of bacterial plaque accumulation. The purpose of this research was to assess bacterial adhesion to different abutments and define the efficacy of different detersion protocols in reducing bacterial adhesion.

Four kinds of prefabricated abutments were analyzed: machined pure titanium abutments without anodization, machined gold hue and pink hue anodized pure titanium abutments and zirconia abutments with titanium connectors. All of the (sterile) abutments were immersed in separate bacterial suspensions (Staphylococcus haemolyticus, Streptococcus pyogenes and Escherichia coli) and contaminated with 3 × 108 colony-forming units per mL of each bacterial species suspension. Then, the following detersion protocols were compared: no treatment representing the internal control, 10 min rinsing with water, 10 min incubation in 0.05% chlorhexidine. The microbial abatement was determined by swab collection of abutment-attached microbes and swab streaking on specific culture plates in a semiquantitative manner. Microbial growth was determined at 24 and 48 hours after inoculation.

Contaminated abutments that had not undergone any cleaning treatment displayed a microbial growth up to the third quadrant of the culture plate. Chlorhexidine rinsing completely removed bacterial contamination. No statistically significant differences were found in terms of bacterial adhesion and bacterial growth among the different types of abutments.

All of the analyzed abutments displayed similar characteristics with regard to bacterial adhesion. A low concentration of chlorhexidine had a significant disinfectant activity, regardless of the type of abutment.

Dental implants have become a common choice for edentulous sites, and implant survival rate has been demonstrated to be extremely high.1Jung RE, Zembic A, Pjetursson BE, Zwahlen M, Thoma DS. Systematic review of the survival rate and the incidence of biological, technical, and aesthetic complications of single crowns on implants reported in longitudinal studies with a mean follow-up of 5 years. → Clin Oral Implants Res. 2012 Oct;23 Suppl 6:2–21. 2Pjetursson BE, Thoma D, Jung R, Zwahlen M, Zembic A. A systematic review of the survival and complication rates of implant-supported fixed dental prostheses (FDPs) after a mean observation period of at least 5 years. → Clin Oral Implants Res. 2012 Oct;23 Suppl 6:22–38. For these reasons, attention has switched to different aspects, such as esthetic outcome, including shape and shade of the surrounding tissue, and benefits of different prosthetic materials. In recent years, periimplantitis has been extensively analyzed as bone loss has been experienced around many different implants due to different factors.3Derks J, Hakansson J, Wennstrom JL, Tomasi C, Larsson M, Berglundh T. Effectiveness of implant therapy analyzed in a Swedish population: early and late implant loss. → J Dent Res. 2015 Mar;94(3 Suppl):44S–51S.

Microbiological analysis of bacterial adhesion and colonization of abutments was carried out in December 2015 at the Department of Microbiology, University of Padua, Padua, Italy. Four different abutments were analyzed:

Five minutes after the bacterial contamination, the abutments were accurately removed from the suspension with sterile forceps and divided into 3 groups of treatment: The abutments of the first group were not subjected to any decontamination treatment; the abutments of the second group were rinsed for 10 min with sterile water; the abutments of the third group were incubated for 10 min in a 0.05% chlorhexidine solution. All of the samples were collected with sterile cotton swabs and plated on Columbia agar and 5% sheep blood, MacConkey agar and Chocolate agar plates (Becton Dickinson, Franklin Lakes, N.J., U.S.) using the dilution streak technique. The first quadrant was streaked with the cotton swab, and the successive ones using a 10 μL bacteriological loop in order to dilute the initial inocula. A volume of 10 μL of the initial supersaturated bacterial solution was plated separately as a positive control. Plates were incubated at 37 °C, and the microbial abatements were measured by observing microbial growth in each plate at 24 and 48 h.

All of the tests were repeated 3 times after abutment cleaning and sterilization under the same conditions. Differences between decontamination treatment groups were statistically analyzed according to analysis of variance and Student’s t-test.

Table 1
Microbiological assessment of bacterial contamination of abutment surfaces after the 3 cleaning treatments tested. Results, expressed as number of colony-forming units (CFU) per abutment, are reported as mean (± standard deviation). Bacterial growth regarding the positive control (bacterial solution) is expressed as CFU/mL. 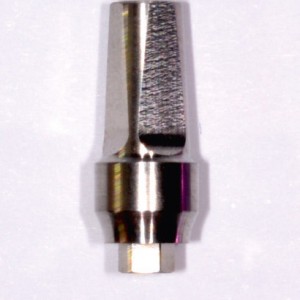 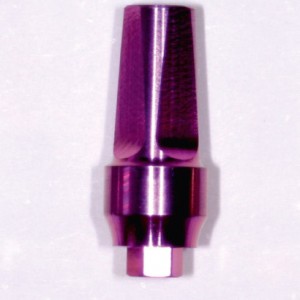 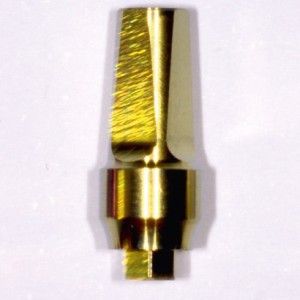 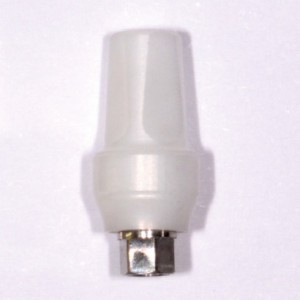 The Evita supersaturated bacterial suspensions showed growth until the third quadrant of the culture plates. The samples taken from the contaminated and not cleansed abutments showed a limited growth to the second quadrant. The sterile water solution significantly reduced the bacterial concentration on the specimens and consequently on the culture plates, limiting colony growth to the first quadrant (P < 0.05 with regard to abutment contamination and P < 0.01 with regard to bacterial suspension). Immersion in a 0.05% chlorhexidine solution prevented any bacterial growth.

When comparing different abutment types, no statistically significant differences were found between the groups. Bacterial growth on culture plates was similar for all decontamination treatments (P < 0.05). The results were similar for all 3 types of bacteria taken into account, as shown in Table 1.

Abutment decontamination is considered an important factor for long-term dental implant survival. Moreover, chlorhexidine has been widely investigated for its unique properties of inhibiting bacterial growth on titanium surfaces. 21Bressan E, Tessarolo F, Sbricoli L, Caola I, Nollo G, Di Fiore A. Effect of chlorhexidine in preventing plaque biofilm on healing abutment: a crossover controlled study. → Implant Dent. 2014 Feb;23(1):64–8. In the present study, chlorhexidine’s decontamination properties were confirmed, and the degree of bacterial inhibition was comparable between all of the abutments considered.

S. haemolyticus, S. pyogenes and E. coli were not able to grow on either anodized or nonanodized titanium abutments after treatment with chlorhexidine. They were able to partially grow after treatment with sterile water. This is in accordance with previous studies,22Annunziata M, Oliva A, Basile MA, Giordano M, Mazzola N, Rizzo A, Lanza A, Guida L. The effects of titanium nitride-coating on the topographic and biological features of TPS implant surfaces. → J Dent. 2011 Nov;39(11):720–8. 23Yamada Y, Yamada M, Ueda T, Sakurai K. Reduction of biofilm formation on titanium surface with ultraviolet-C pre-irradiation. → J Biomater Appl. 2013 Dec 23;29(2):161–71. which reported the reduction of S. pyogenes on titanium discs after ultraviolet irradiation. However, uncommon oral bacterial populations were used in this study, because they were easier to stain, but, above all, because they express one of the highest adhesiveness ratios and present the worst possible conditions for the decontamination methods.24Levine MM. Adhesion of enterotoxigenic Escherichia coli in humans and animals. → Ciba Found Symp. 1981;80:142–60.

The group contamination (abutment immersed in a bacterial solution and then seeded on the culture plate) showed a surprisingly lower amount of bacterial growth on culture plates compared with bacterial suspension (growth up to second and third quadrants, respectively). This finding shows that titanium surfaces, with and without anodization, and zirconia surfaces behave similarly regarding bacterial adhesion (P < 0.05). These results are in accordance with those of recent studies,25De Oliveira GR, Pozzer L, Cavalieri-Pereira L, de Moraes PH, Olate S, de Albergaría Barbosa JR. Bacterial adhesion and colonization differences between zirconia and titanium implant abutments: an in vivo human study. → J Periodontal Implant Sci. 2012 Dec;42(6):217–23. confirming that zirconia and titanium alloy surfaces have comparable properties regarding bacterial adhesion. One limitation of the present study stays in the in vitro conditions used to determine the microbial abatement. It would be desirable to assess the same conditions in a dynamic environment such as the oral microbiota. Nevertheless, this study shows evidence that the abutment surfaces have inhibitory capabilities against 3 different microbial species, including Gram-positive and Gram-negative bacteria. This study shows also that a low concentration of chlorhexidine is effective in eliminating microbial contamination from different types of abutments.

Bacterial adhesiveness can be influenced by the surface roughness: The rougher the surface, the greater the bacterial adhesiveness.28Teughels W, Van Assche N, Sliepen I, Quirynen M. Effect of material characteristics and/or surface topography on biofilm development. → Clin Oral Implants Res. 2006 Oct;17 Suppl 2:68–81. All of the abutments used for the study were prefabricated. This fact may be a limitation of the study. In fact, clinically, all abutments placed in the patient undergo a dental technician process that increases the surface roughness characteristics, regardless of the final polishing that is applied. It would be of interest to test the same abutments after preparation.

Within the limitations of this study, anodized titanium abutments proved to have similar bacterial accumulation compared with pure titanium abutments. A low concentration of chlorhexidine for a limited period of time (0.05% for 10 min) proved to be effective in disinfecting contaminated abutment surfaces.

The present trial was partially funded by Sweden & Martina for the manufacture of the abutments. Nevertheless, the data belonged to the authors and by no means did the manufacturer interfere with the conduct of the trial or the publication of the results.

We wanted to investigate the impact of new materials on the daily practice to find out whether they are similar, inferior or even superior to other commercially available dental materials.

Authors investigating bacterial contamination of dental materials or dealing with the same kind of anodized abutment could cite our paper.

We have demonstrated the tremendous potential of chlorhexidine for decontamination in dentistry.

Dentists will be aware that the use of chlorhexidine for a short period could be a valuable aid for abutment decontamination.